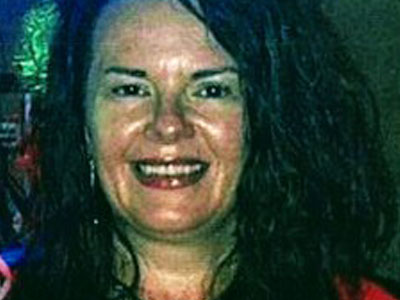 Set up in memory of my sister who is greatly missed by all her family and friends. Carmina was very appreciative of the care she received at the Beatson and may the generosity of everyone who knew her help others in their time of need. 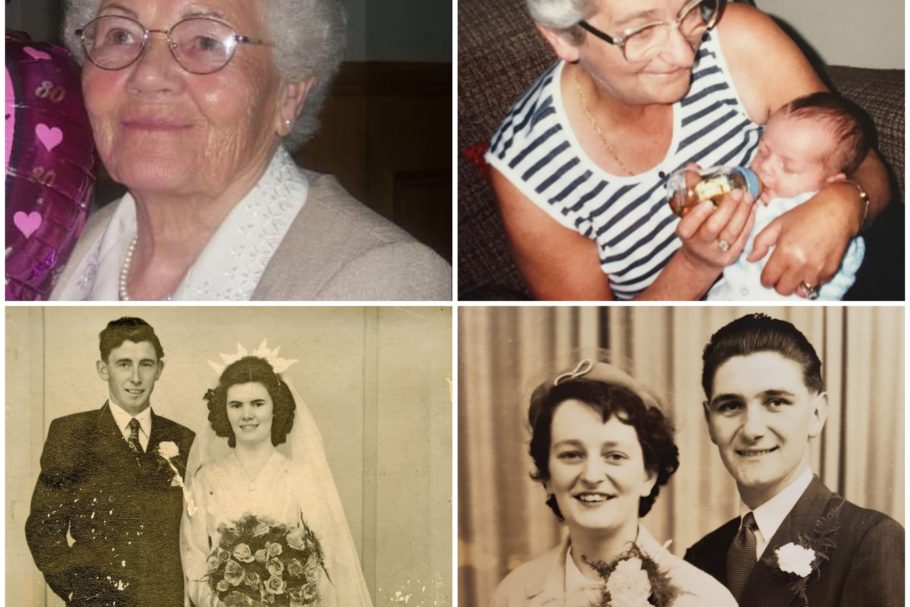 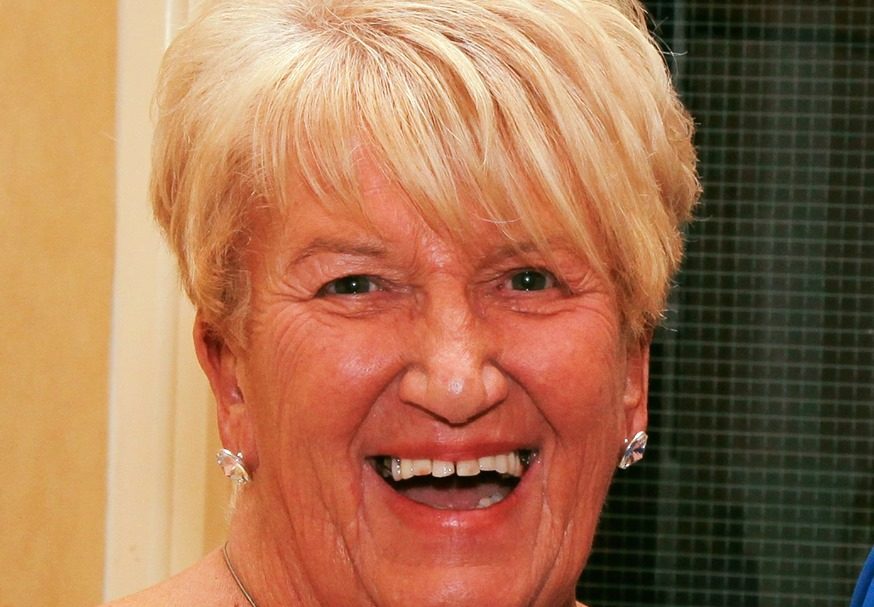 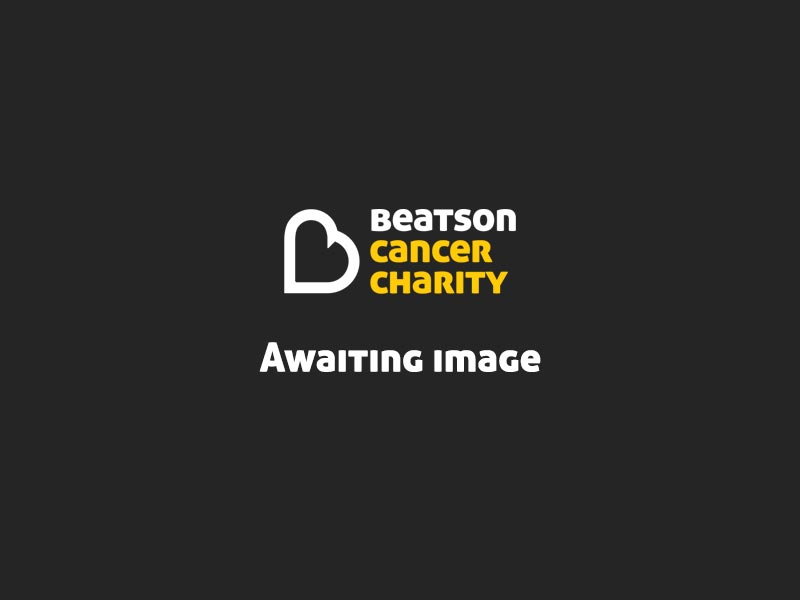 In loving memory of Angela Webb 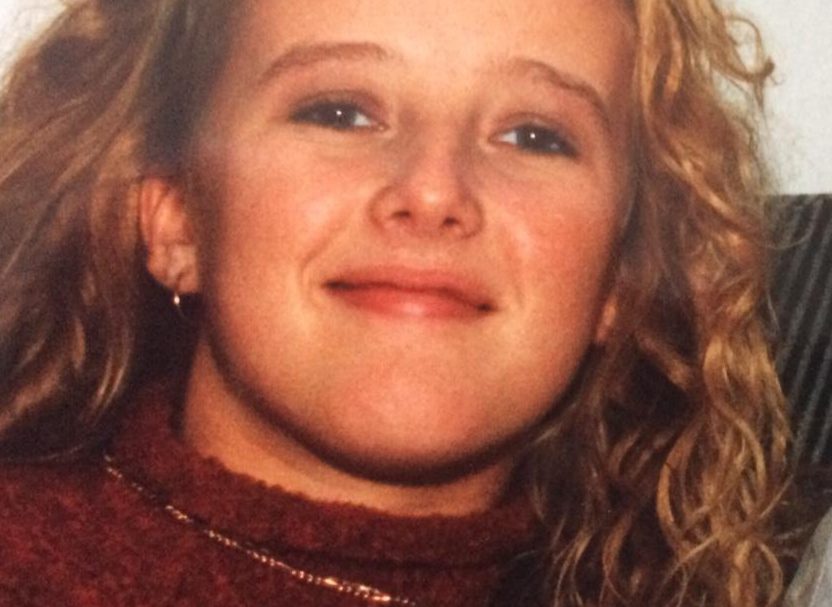 Running a marathon is something I’ve always wanted to challenge myself to do. Fitness levels not being what they should be has stopped me in the past but after bagging a half marathon last year I’ve decided it’s now or never. I’ve also always wanted to raise funds for the Beatson as it’s a charity close to my family’s heart. This year I’m doing both and running the Edinburgh Marathon to raise funds in memory of my sister Karen.
They say cancer will affect us all at one point in life but you don’t really expect it to happen to your own family. Karen was only 32 when she was diagnosed with cancer, I remember the day she told me like it was yesterday. I was devastated but Karen was so brave and determined to fight it all the way I was sure she would be ok.
Karen attended the Beatson Cancer Centre for her treatment and was so grateful for the help she received there that she wanted to repay the staff by doing her own fundraising, unfortunately she became very weak and just didn’t have the strength.
Karen passed away on 17th July 2011 and although the pain I felt that day remains I now think of Karen everyday with a smile, she was the best sister I could’ve asked for. Please help not just me in my Marathon challenge but help my whole family repay the Beatson by raising funds in memory of Karen.

Also please feel free to add any memories or pictures you have of Karen to the page as I would love to have more pictures of her. 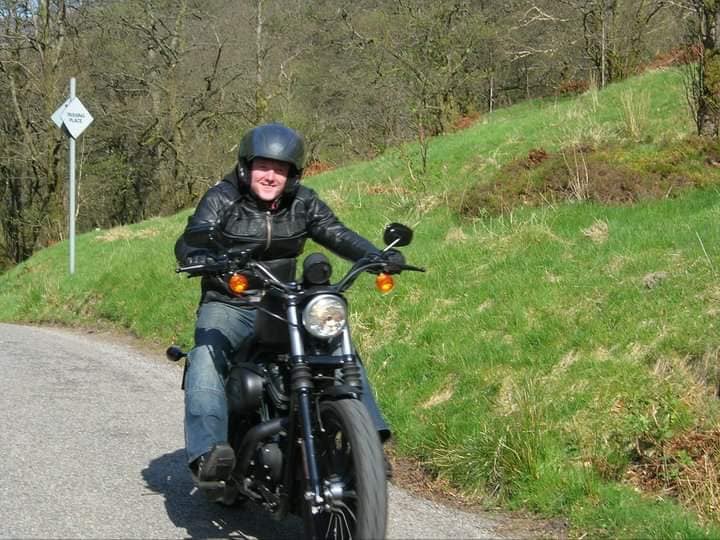 In Memory of Steven Dowie 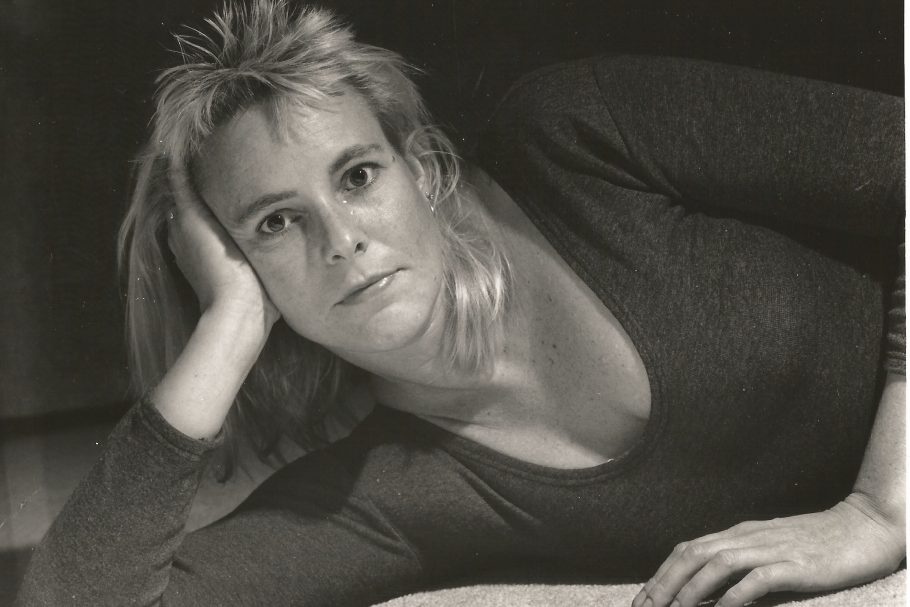 In loving memory of Jane Burns 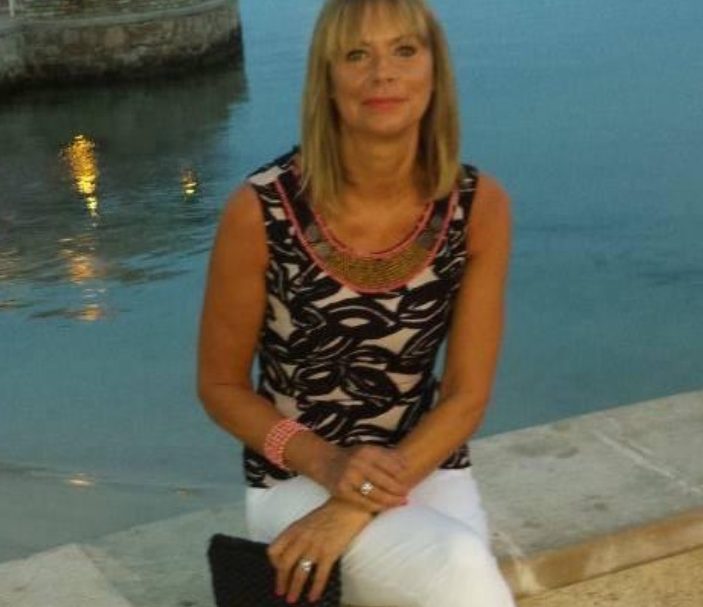 Maureen was a loving ,caring ,beautiful woman..
She was a wonderful daughter ,wife ,mum,gran,friend and colleague.
“To know her was to love her”. 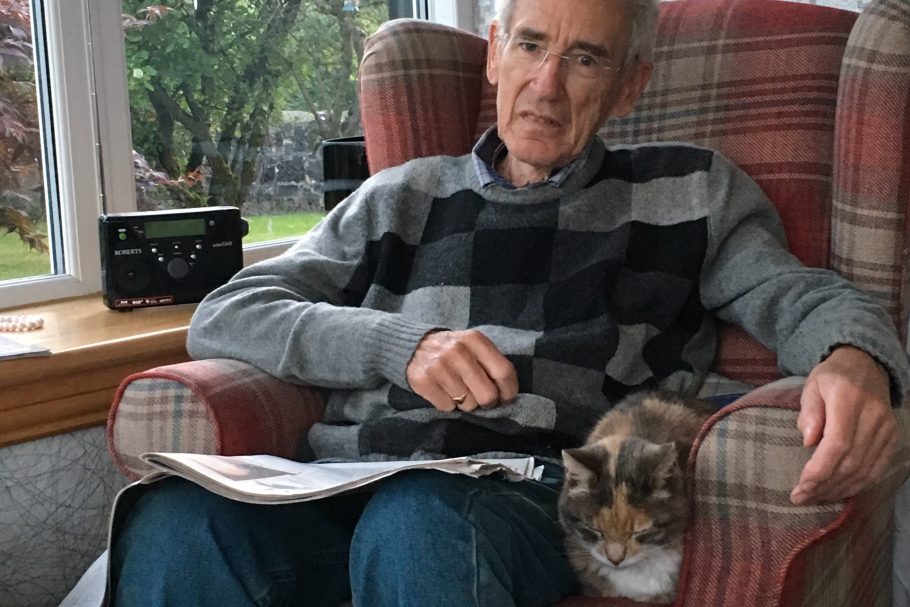 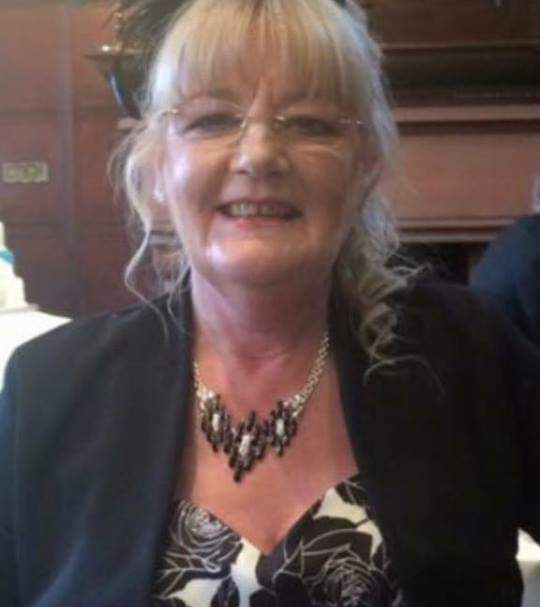 In memory of Jacqui Nicol

Jacqui was a strong independent woman loving kind and friendly to a fault. 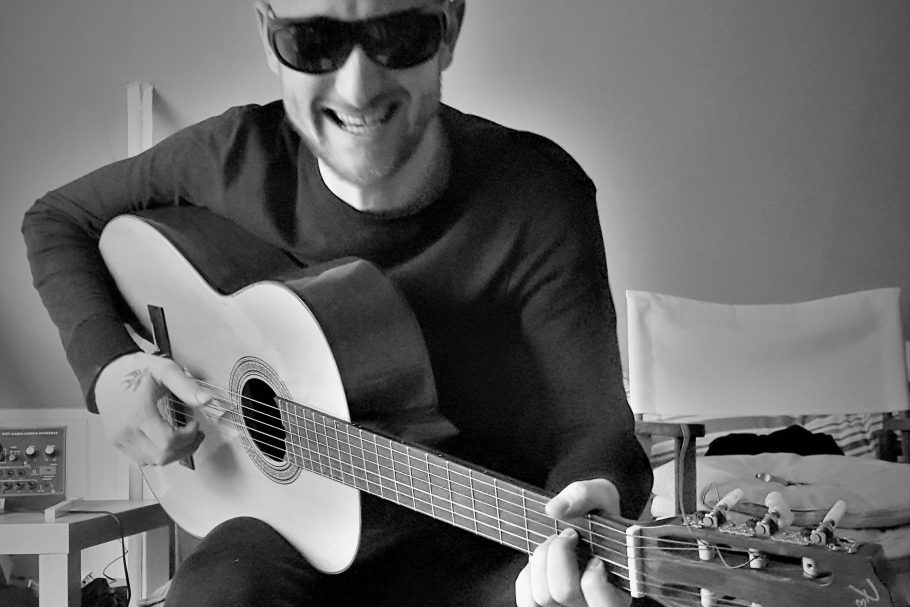 In memory of Dale Barclay

My mum was a true warrior. She certainly never had an easy life. However she was never bitter and had started to enjoy life to the max. She was living and generous and wasn’t afraid to say how she felt she was Amazing and life will never be the same without her. 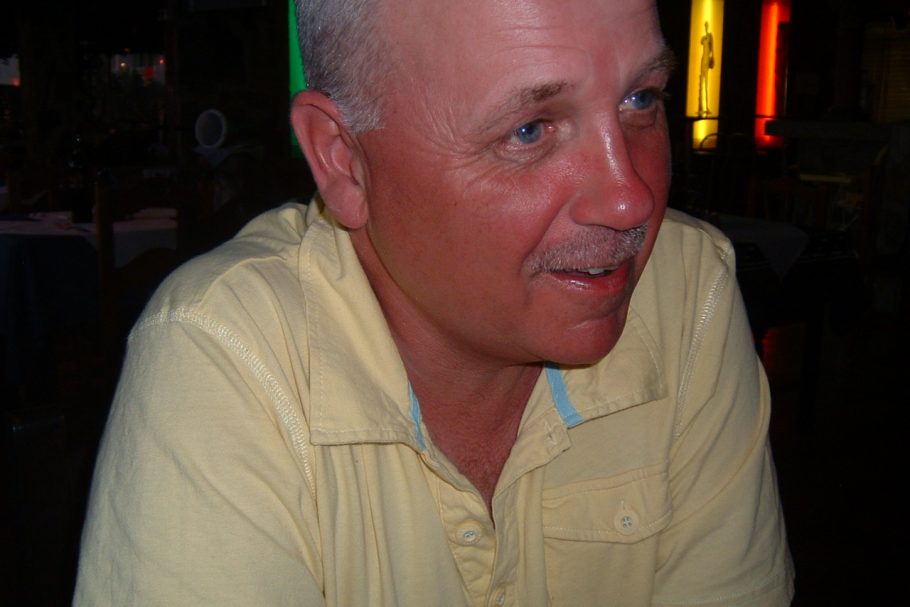 In loving memory of my dad – Raymond Black

After achieving my personal goal in 2018 which was to complete the 10k under an hour, I now want to raise the bar high and participate in the half marathon which will take place in Stirling at the end of April. The purpose of this is to raise money for the beatson cancer support – a charity that is very close to home. The last few months has been extremely difficult for me and my family. After servicing Scotrail for over 40 year my dad was 62 – due to retire and jet off to the sunset to live abroad which had always been a future dream for my parents. However, after suffering from a severe cough for months there were shadows found on his lungs from the x-ray results which meant he was sadly diagnosed with lung cancer. This news absolutely devastated me and my family but we hoped it was caught at an early stage and a round of treatment would put him on remission – allowing him to continue with his retirement plans. As time went on my dad had to go for further examinations and results delivered more shocking news that not only did my dad have aggressive cancer on his lungs but it had sadly spread to his brain leaving tumours scattered all over. This was a horrific time for us all and seeing my dad struggle was very difficult to watch. His left arm stopped functioning due to part of his brain not working and he struggled to speak as the tumours were growing rapidly on his lungs which were irritating his voice chord. It was then clear that my dad was at stage 4 terminal cancer and there was no guarantee that him going for radiotherapy then Immunology could have saved him. However, his biopsy identified an ALK gene which meant he could qualify for alecensa which was tablets giving to patients who had an abnormal cell. The purpose of these drugs were to shrink my dad’s tumours and prevent them from spreading to his major organs. This treatment hoped to give him a longer and better quality of life. Two weeks later after his treatment he was due to go for a check-up to get an update on his progress. Professionals examined my dad and without them providing any information the family were asked to take my dad to the Beatson as his health was in extremely bad condition. Once my dad was settled in Beatson our worlds came tumbling down when the doctor told us that he was not responding to the treatment. His cancer got a lot more aggressive and he was sadly dying. This destroyed us all and my dad only had a few days left as tumours were continuing to grow on his lungs making it extremely difficult for him to breath. It was impossible for his body to fight against the cancer and no treatment could help him. Through this traumatic time the beatson nurses helped the family stay strong. It is their work that has inspired me to raise money and give something back. Not only did they provide emotional support to the family but they helped us prepare my dad for death. They ensured he was comfortable as much as possible. The family became very attached to the nurses and I don’t know what we would have done without them. It is their dedication that can never be thanked enough from me and my family. My dad passed away peacefully at the Beatson on Christmas Eve – only a month and 17 days after his diagnosis. Losing my dad to soon has been a turning point for us all. But with assistance from the Beatson they helped us come to terms with it and accept my dad’s death. Spending a few days at the Beatson was the most hardest thing i had to experience. Not just seeing my dad lying there suffering, but passing other families in different wards who were in the same situation was very heartbreaking. Thats why we give praise to the nurses who contend this hardship on a daily basis. As time has went on we are now making the most of our lives without my dad. However, my goal is to run my first half marathon in memory of him and raise funds for a worthy cause that was close to my Dad’s heart. This challenge will be extremely difficult and will require a lot of blood, sweat and tears in order to be physically prepared. However, these obstacles are in no comparison to the hardship my dad (along with many other people in similar circumstances) have to suffer from when they loose the battle to cancer. So please dig deep and help me give something back to this worthy cause. Thank you. 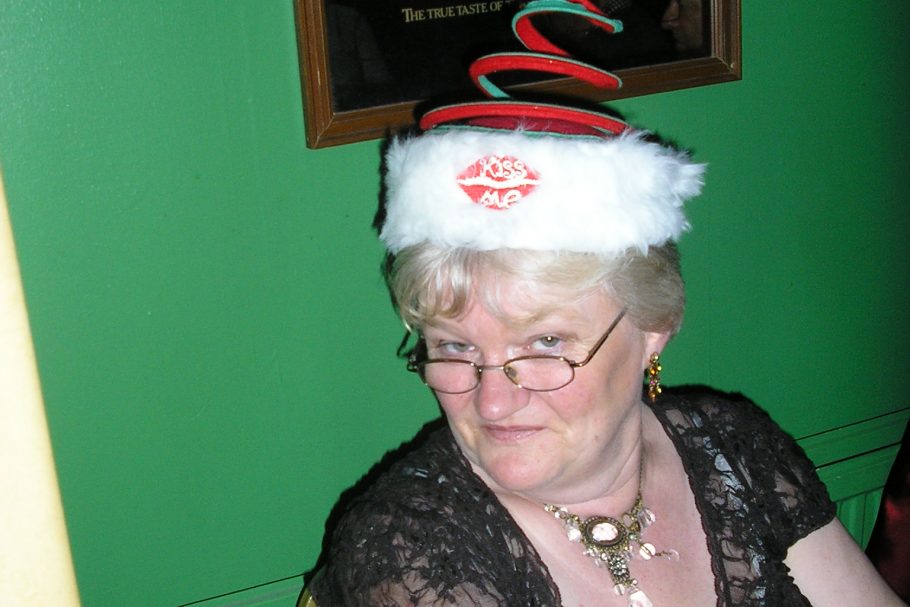 She was fun loving person who was an inspiration to many people but most importantly an inspiration to her family. She lived life to the full, even when faced with her cancer illness she still had the attitude that it would not stop her from doing things in life that she wanted to do. 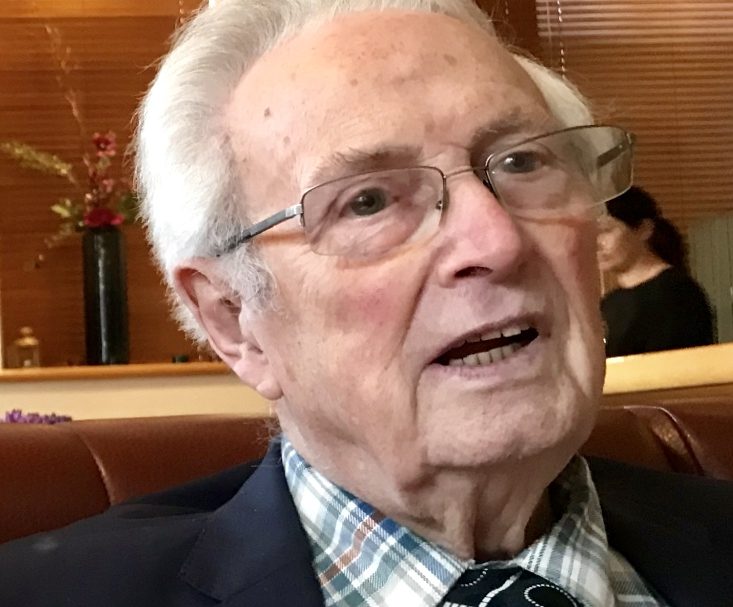 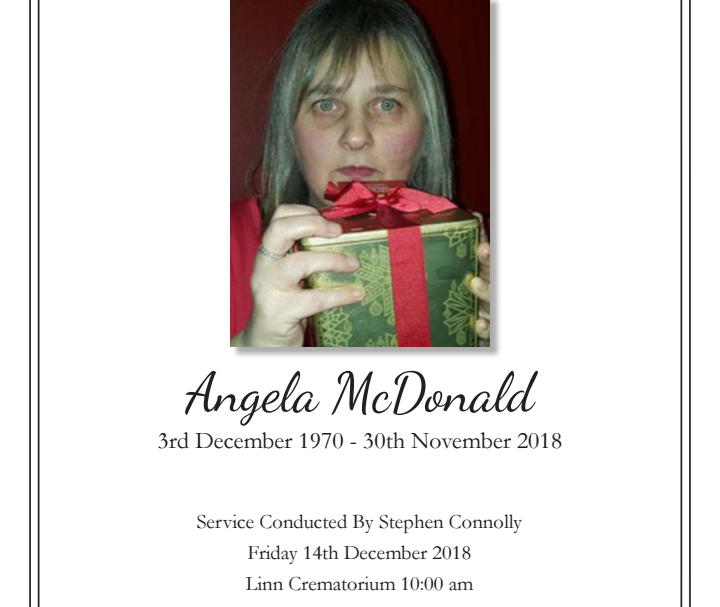 She was a fun loving,happy person who loved everyone of her friends and family and would always have been there to help us out. 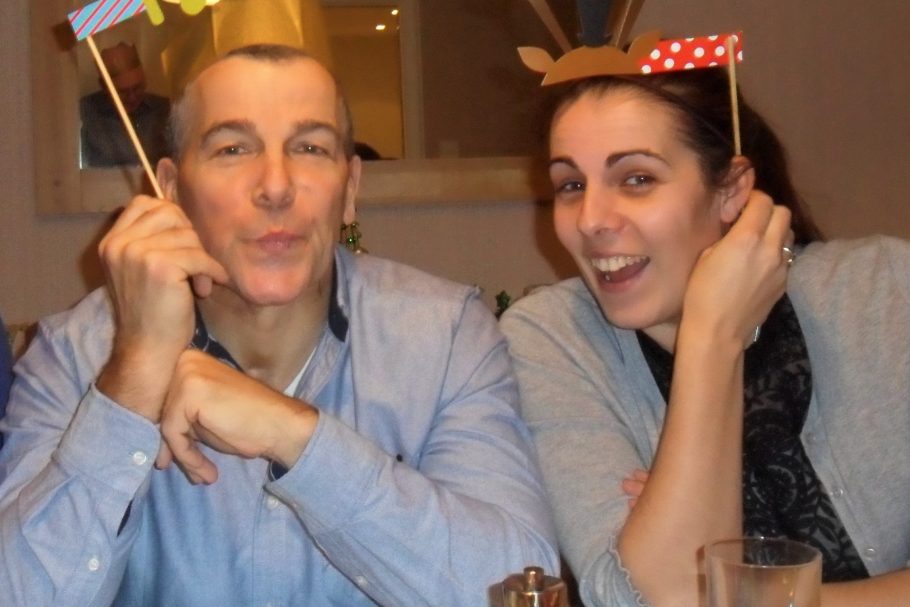 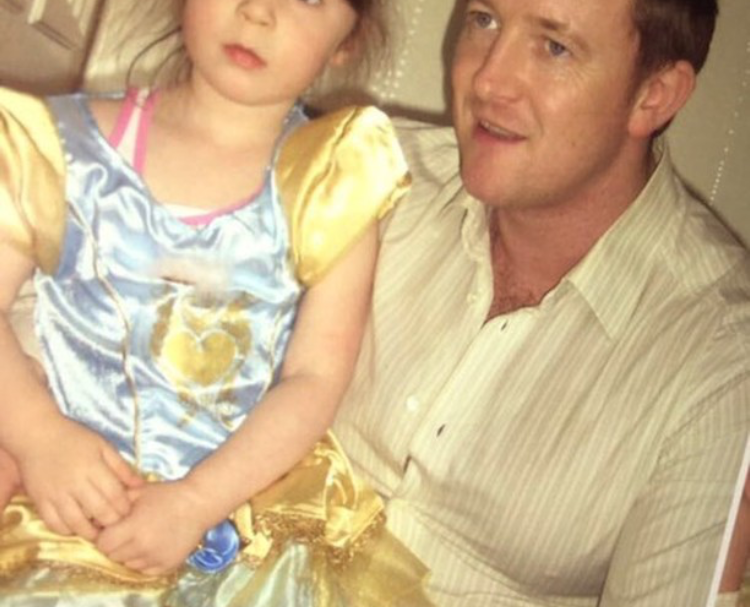 Chic had a very, energetic, happy personality. He was always dancing and singing, making up silly lyrics to songs in the car. He always knew how to make people laugh. He was really caring and put others before himself. 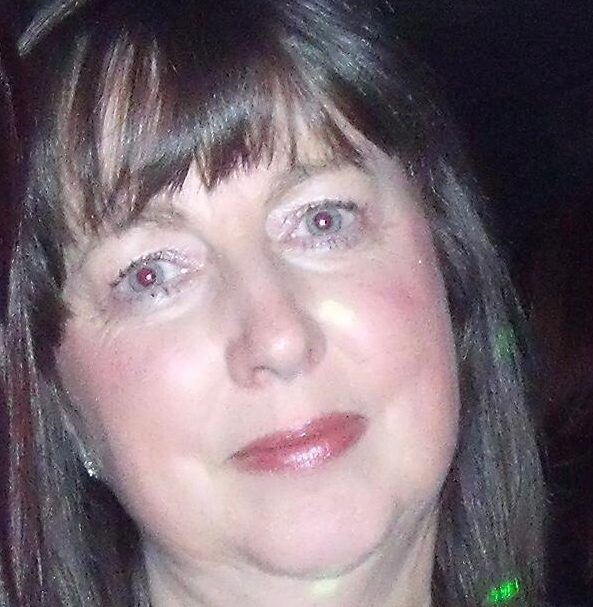